In November, 2013 ISAF declared that the current youth multihulls were not a suitable pathway catamarans. ISAF have now asked for information regarding relevant boats. Read on to find out why we said no.

In their request for information, they asked manufacturers to consider “Lower cost “sailor development” alternatives that build grass roots sailing.”   They also state “The Offeror shall demonstrate the ability, commitment and business plan to supply and maintain at their cost the multihull equipment for the ISAF Youth World Championship each year.”

Brett Goodall, Manager of Goodall Design, stated “We would love to offer the VIPER F16 to ISAF.  It is the perfect high-performance development catamaran.  However, we could not find a viable economic solution for the request to provide equipment for the ISAF Youth World Championships each year, while maintaining the cost of the boat”

To provide catamarans for the Youth worlds would be a very costly exercise. Normally new boats leased for one regatta and then sold attract a discount of around 30%. Ex Youth World Championship boats would need to be sold through dealer networks, who would still expect their margin, so the majority of this discount would flow back to the manufacturer.

Not only that, but the supplier would be expected to cover the cost of freight to and from the Championship venue; and the cost of supplying a support team to build and maintain the boats in racing condition. Taking all costs into consideration, it has been estimated that the direct cost to the manufacturer for supplying catamarans for the ISAF Youth World Championships each would be in the vicinity of €70,000 per year. This also assumes all boats are sold directly after the event.

“Ok… But wouldn’t there be an increase in the number of boats sold to help cover these costs?” Brett Goodall explains. “You only need to look at ISAF’s records of sales for other Youth Boats and realise that this is very unlikely.”

Consider the 29er; according to ISAF records, the sales figures for a new 29er over the last 3 years has been:

Assuming these figures INCLUDE the boats supplied to the Youth Worlds; this means only 63 29ers were sold through the normal channels in 2013.

Brett Goodall stated, “Goodall Design is committed to developing Youth Sailors; as seen by our support in various countries including USA, Belgium, France and Australia. But we cannot justify this huge jump in price just to supply boats for the elite few Youth Sailors who make it to the ISAF Youth Worlds”

The VIPER F16 is the perfect development pathway boat.  It is a high-performance catamaran that challenges both youth and adults alike.  The rig tune and setup is similar to the Olympic catamaran and hence creates the opportunity for sailors to develop their technical knowledge and understanding of high performance rigs. As the VIPER F16 has already established good fleet numbers in countries throughout Europe, USA and Asia, there is currently a good supply of second hand boats.

It has various configurations that allow for differing weights and skill level.  The smaller “Strike” rig is ideal for the lighter crews, while the standard rig with “L-Foils” is designed to give more advanced crews the thrill and experience of a true foiling catamaran.   The use of the same platform means transition costs are kept to a minimal. 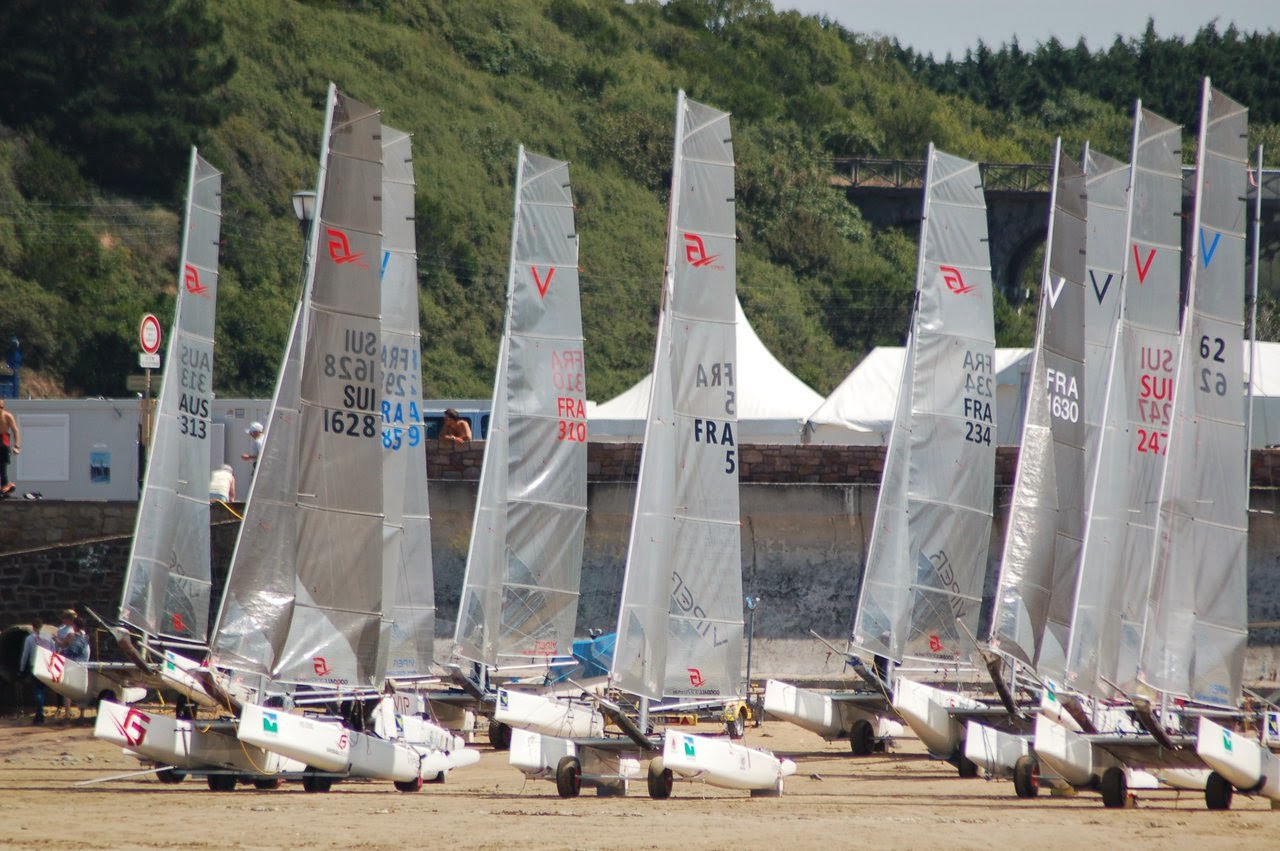 Brett Goodall concludes that, “even though we have decided not to offer the VIPER F16 to ISAF as the Youth Sailing World Championship Multihull, we will continue to support any country that chooses the VIPER F16 for its own development squad.  To this extent, we have a strong coaching team that would assist these countries to set up their elite catamaran youth programs.”

Any organisation interested in setting up a VIPER F16 Pathway is encouraged to contact This email address is being protected from spambots. You need JavaScript enabled to view it. for more information.