From 23-26 January 2015 the Australian F18 Nationals was held at the Humpybong Yacht Club (Redcliffe- Quensland). This regatta was all about consistency, there were a number of sailors that had the potential to win races. Skippers Brad Collet (the current Australian A-class champion), Lachlan Gibson, Brett Burvill and Jason Waterhouse all challenged for the top spot. It wasn’t until mid-day 2 when the regatta turned into a two boat race between Jason Waterhouse/Brett Goodall and Brett Burvill/Ryan Duffield. After 12 exciting races Waterhouse/Goodall were crowned as the new Australian F18 Champions 2015. 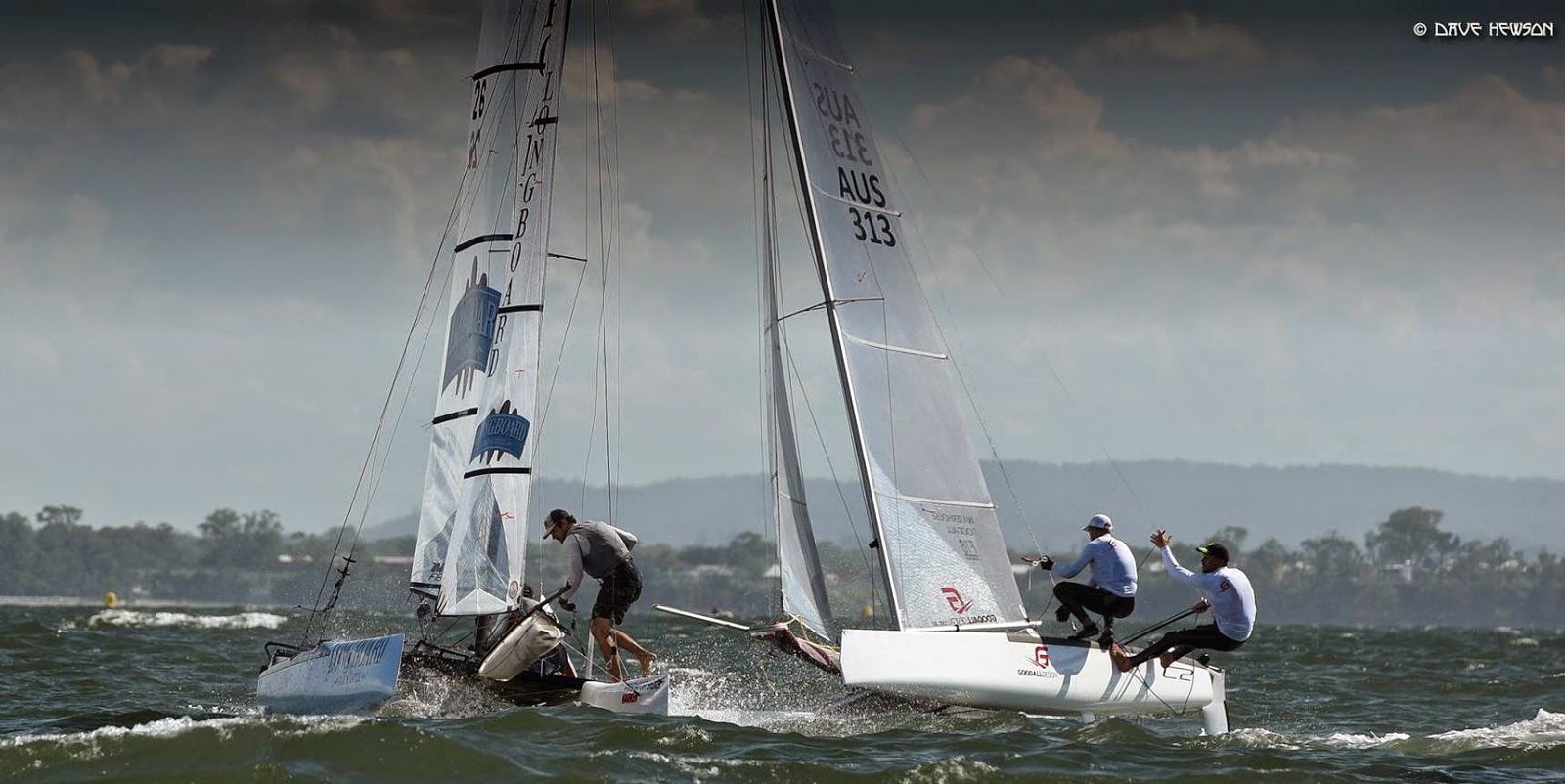 The sailors had good weather conditions during the whole regatta, except for the first day. The wind conditions would have been fine, but due to some lighting in the area the boats were sent in for safety.  Brett Goodall:“It was a really nice regatta! Jason and I’ve been battling with Brett/Ryan whole week and they seemed to be going fast and in the right direction all the time. Even when we did try to put them back in the fleet on the last day, they managed to sail clear round the top mark in the top few boats. They are a great team and we really enjoyed dueling it out with them.”

Time to blow out some cobwebs

It’s the 3rd time, for both Jason and Brett, that they won this title: twice together, once Brett with his father Greg and Jason once with Josh McKnight. But, it has been a while since Jason Waterhouse and Brett Goodall sailed together. Jason helmed an F18 for the last time about two years ago (F18 Worlds 2013 in Italy), Brett Goodall hasn’t competitively crewed nor sailed an F18 since the Worlds 2014 in Ireland. “It was great to be on the boat together again and we really had good fun. But because it’s been a while, we both had a few cobwebs to blow out.”
Top 5
1.     Waterhouse/Goodall (16 points)
2.     Burvill/Duffield (19 points)
3.     Collett/Leitner (48 points)
4.     Brewin/Brewin (49 points)
5.     Gibson/Raymond (50 points)
Photos: Dave Hewson
For more info about the event and results please visit the event website:http://hyc.net.au/f18-nationals-2015/